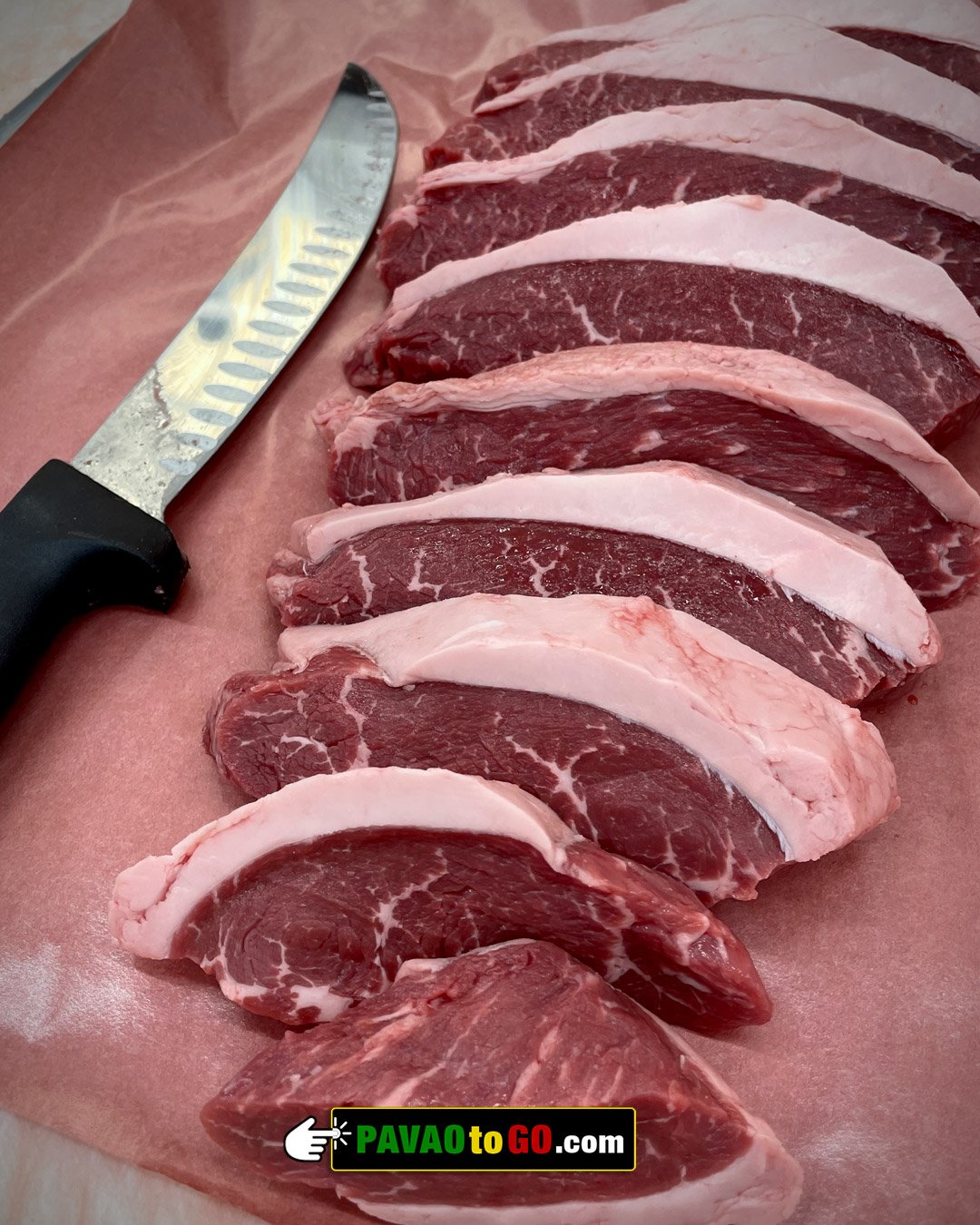 BBQ is more than just mouthwatering steak. It’s a whole universe of flavours, especially if you choose picanha. It’s called Top Sirloin for a reason.

There are some cuts of meat that are simply divine for their superior flavour and melting tenderness. The beef top sirloin cap, know in Brazil as picanha, is one of those cuts. The top sirloin cap is a flat, triangular-shaped muscle that lies above the top sirloin.  The cap has no connective tissue and can be sliced into steaks to grill. The Brazilian style picanha steak is roasted whole on a rotisserie and sliced right off the spit.  Some traditional Brazilian steakhouses, known as churrasco, also slice the picanha, than skewer and grill it. For this method, the picanha is cut into 3 to 4 thick pieces, with each piece folded over onto itself in a crescent shape and skewered with a long metal skewer. They are cooked over the grill for about 15-20 minutes, turning two or three times to ensure even cooking and then carved.

The top sirloin cap (or sliced picanha) is not hard to cook. All it needs is some coarse salt and pepper for seasoning.  Here are a few tips to make it better: