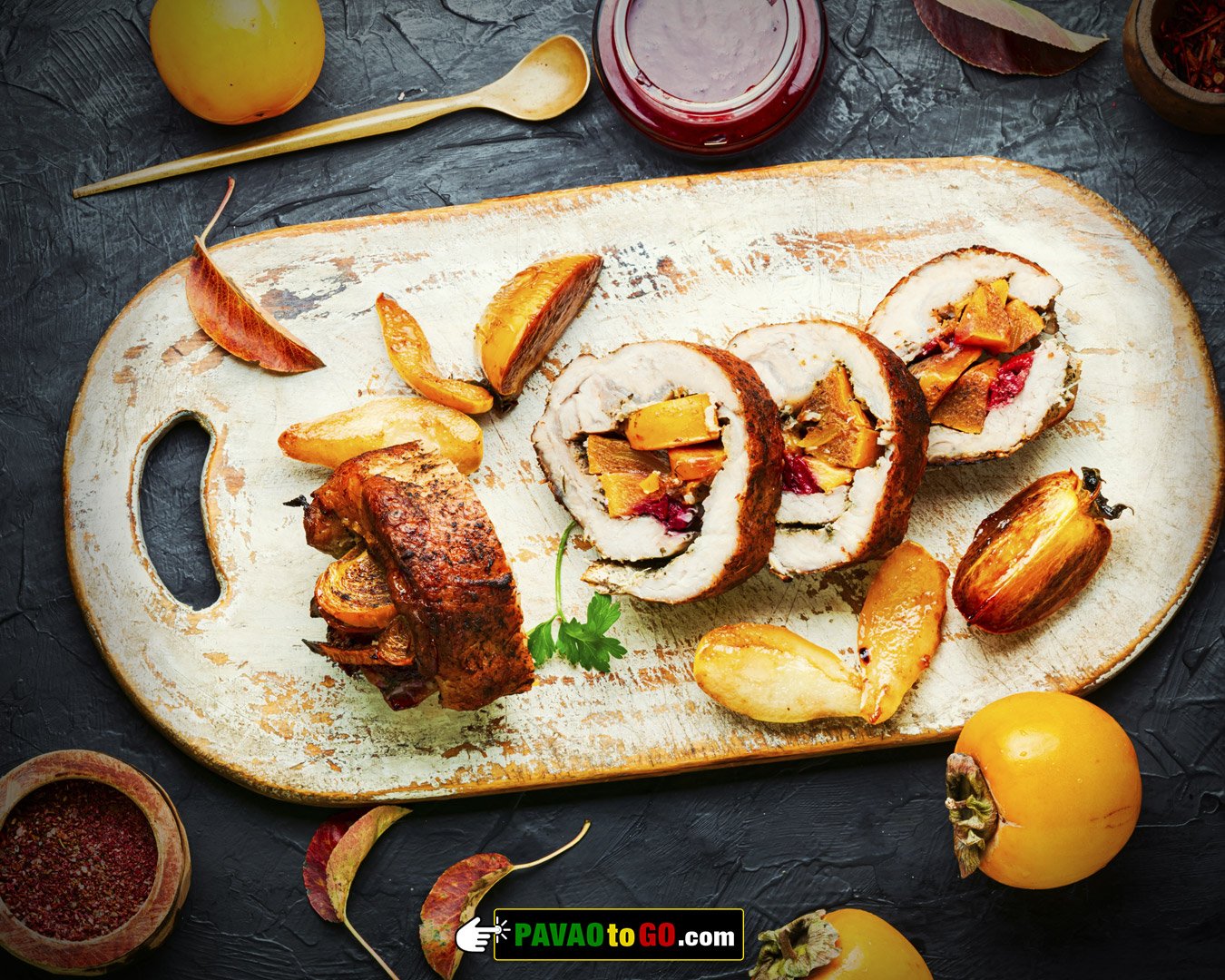 Stuffing a pork tenderloin not only adds flavour, it significantly ups the WOW factor!

Want to serve something really tasty and impressive? A stuffed pork tenderloin is the way to go. It’s perfect for Christmas, Easter, Sunday night dinner, or whenever you want your family to say “wow!” There are a few different ways you can stuff a pork loin. The first thing you will need to know is that in order to stuff a pork tenderloin you need to spread it open like a book, or create a whole in the middle of it, and place the stuffing in it, and close it up again. Another way to do it is to make a hole down the middle of the loin, creating a sort of tube and filling the tube with stuffing. It makes for slices that have a donut-shaped piece of meat with the stuffing in the center.

Stuffing
Make the stuffing first. It is much easier to have it already prepared than to interrupt the process of handling the pork loin in order to make it. Choose your favourite stuffing recipe. We’re big fans of bacon, ham and cheese stuffing, cheese spinach stuffing, or a cremini mushroom stuffing.

Trimming
Depending on the specific piece of pork loin it may have a moderate or significant amount of fat tissue. Begin by trimming it by making small cuts just under parts of the fat, gently lifting them up and using your boning knife to separate them from the meat. Leaving small areas of fat is perfectly fine.

The easiest method to transform the pork loin into a uniformly thick, rectangular shape is to butterfly it. Spread out the loin. Only if needed carefully butterfly again on that side only, repeating the above steps. If the loin was not too thick to begin with you will only need to butterfly once. The completely butterflied loin should have more or less the same thickness. Cover the entire area of the pork loin with stuffing. Carefully roll the pork loin. To secure the stuffing, measure out a string of butcher’s twine about three times the length of the rolled up pork loin.

Cook the stuffed loin. Pork loin is very lean so to prevent it from drying out brush it with a mixture of olive oil and dried Italian herbs or wrap it in bacon. Remove the twine, slice the roast, and serve immediately.