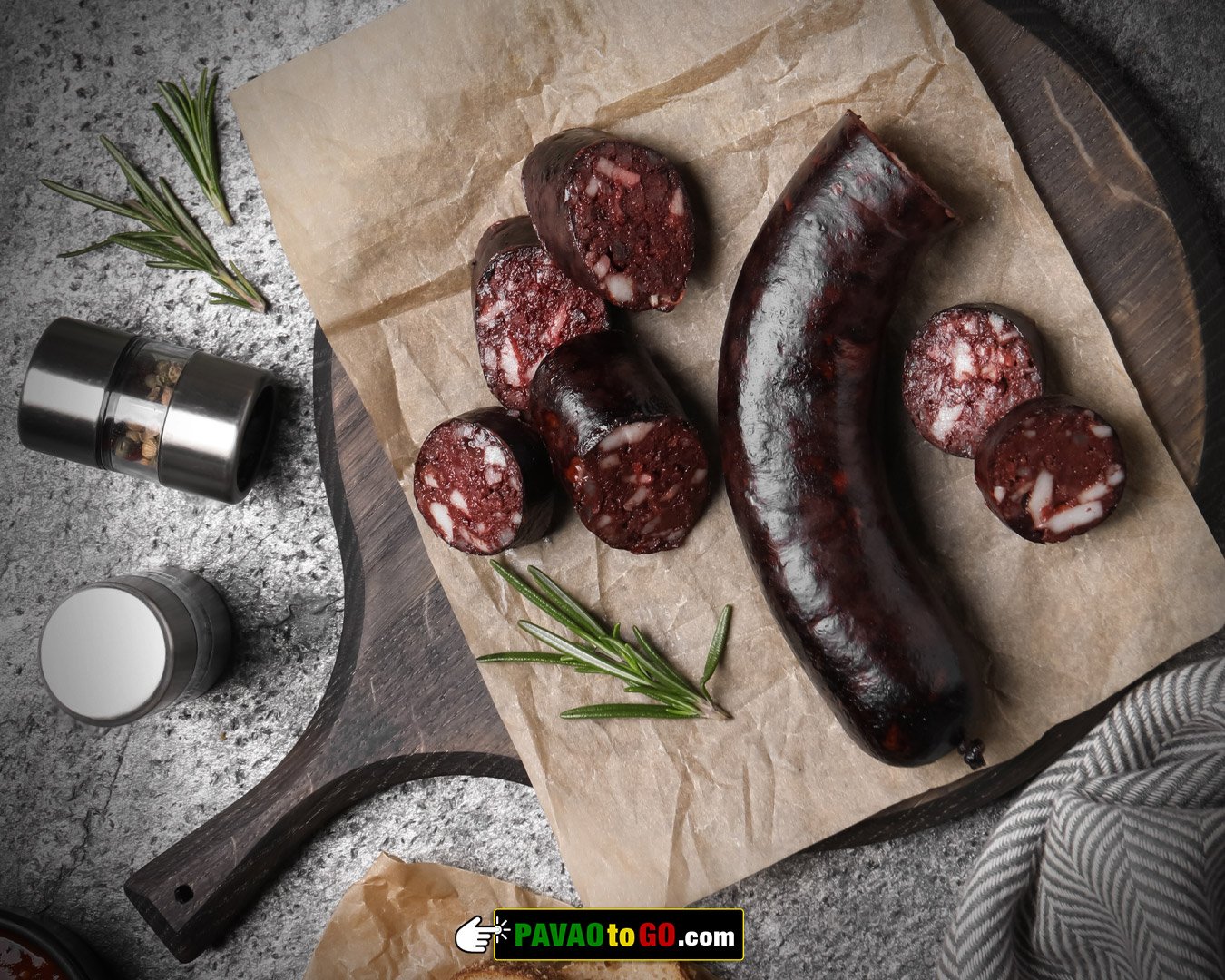 Morcela, or Portuguese Black Pudding, is probably the most unique thing to eat in Portuguese cooking. Morcela is blood sausage at its finest, unbelievably rich and flavourful with the perfect amount of spice.

Morcela is a traditional Portuguese blood sausage that, like chouriço and linguiça, is very much a part of the Portuguese cuisine, especially around the time os “matanças” (slaughter). So, like most agricultural societies, the Portuguese use every part of the pig, and blood is no exception to the rule. It is drained into a large pan and taken to the kitchen to prepare the morcelas later on in the day.

What goes into a morcela?

Depending on the region you are from, morcela is made with a combination of different pork parts, cut into pieces, seasoned with ground pepper, salt, garlic, dried garlic, and spices (including cloves and cumin), wine the pig’s blood. It is smoked – a slow smoking process, for about three days before it can be consumed.

How many types of morcela are there?

As mentioned above, there are many variations to the morcela recipe, depending on where you are from. For instance, variants of morcela include morcela achouriçada (made from viscera with pork and back fat), morcela de arroz (with boiled rice) typically from the Azores, morcela doce (flavoured with pepper), and morcela de farinha (literally, flour sausage, with various kinds of flour added).

Generally speaking, Portuguese people cut morcela into thick slices, fry them in a bit of olive oil, and eat with bread as an appetizer or snack. They can also be cooked making them a favourite ingredient in “Cozido à Portuguesa”, stews, and “feijoada” (bean stew). It is often placed in the pot along with other ingredients to simmer. You can also enjoy them in an omelette for breakfast and some pineapple slices!