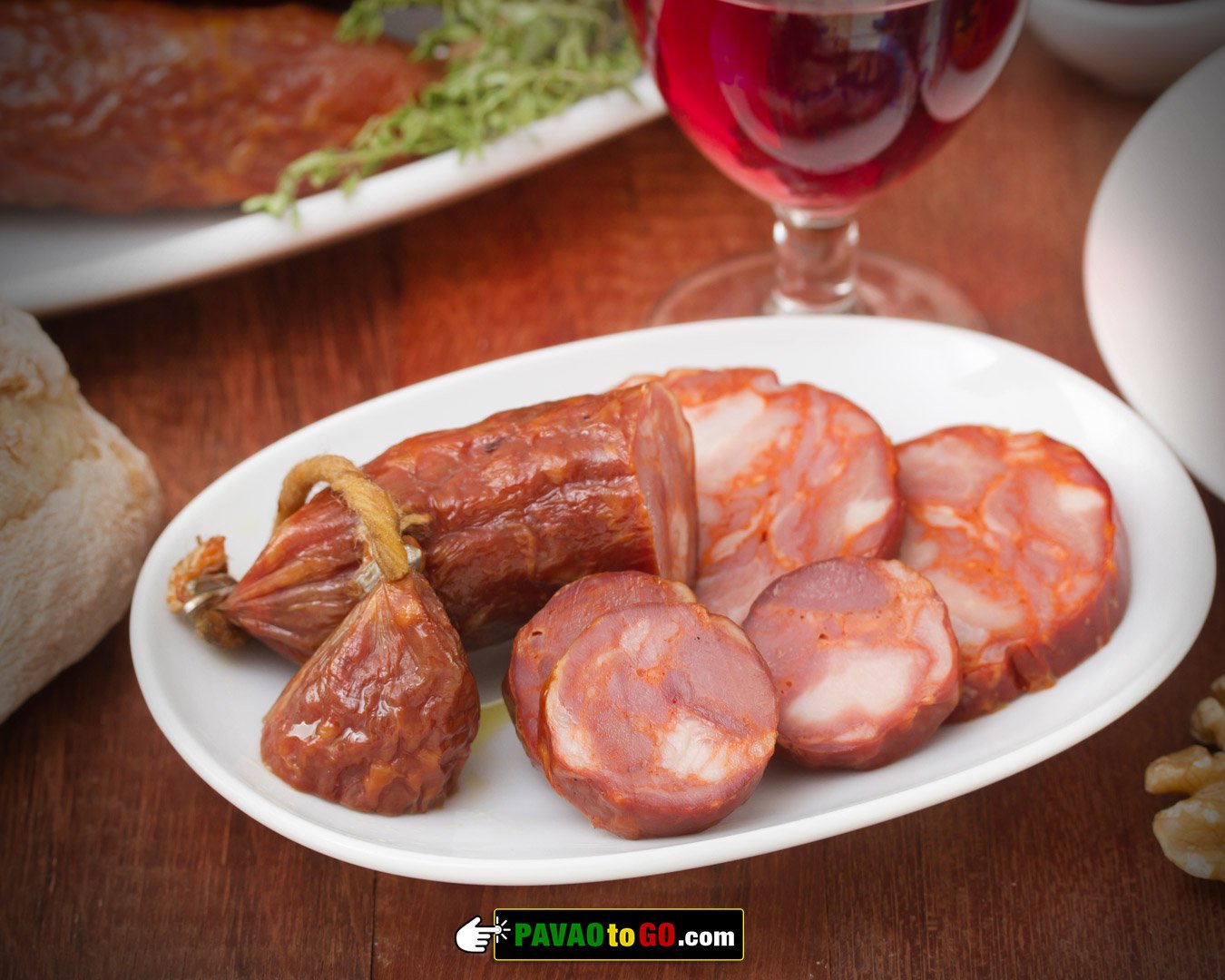 Contrary to popular opinion, chouriço is not the same as chorizo. There are obvious similarities, but also distinctive differences.

When buying “traditional” sausages, many people refer to them as ‘chorizo’, pointing to the specific one they’d like to get. Well, the truth is the name really covers a variety of sausages, but is that enough to go by? Both chouriço and chorizo refer to sausages made from pork, seasoned, usually with a ‘redish’ colour, they can be fresh or cured, and they both originated in the Iberian soil, aka Portugal and Spain. So, what are the differences.

Well, chorizo, despite the many regional varieties, can be put into two categories: Spanish or Mexican, which are distinct. Briefly, Spanish chorizo is a cured sausage made from coarsely sliced pork. It’s very red due to the high quantity of paprika in the seasoning blend. Therefore, the Spanish chorizo can be spicy or sweet, depending on the type of paprika used. Other ingredients are herbs, garlic, and white wine, and the links can range from short to very long.

Chorizo can be eaten without cooking, usually as part of an appetizer or the famous tapas, but it can also add flavour to dishes, such as paella.

Mexican chorizo is very similar to Spanish chorizo, with a few differences. The meat is pounded rather than sliced, and it is raw rather than cured. It is also very red, but its colour does not come from paprika, but from very spicy red pepper. Pork fat is often added to the meat mixture, along with other spices and vinegar. The links are short and air dried for one day to a week. This is why the Mexican chorizo needs to be cooked.

Chouriço is the Portuguese version of that sausage. It is typically made with pork and fat, and the standard spices include vinegar, paprika, garlic, hot pepper, and salt. Some varieties have a meat mixture that is packed into natural casings made from pig and slowly dried over smoke. The seasoning is usually a combination of less paprika – again depending on the regions – and more garlic and pepper for flavouring, and wine (red or white). Some regions also use white pepper, piri-piri, cumin, a dash of cinnamon as a seasoning blend.

Chouriço is great in Caldo Verde, cozido à Portuguesa, feijoada (bean stew), with clams… you name it. It adds flavour to so many dishes. Oh… and if you haven’t tried it yet, make sure you make ‘Chouriço à bombeiro‘ (Portuguese flame grilled chouriço).